I’ve got a bag of accessories that I cart around that meets about 95% of all the tech needs I tend to have these days, but there’s one accessory I’ve wanted in there that doesn’t exist: the perfect Apple Watch charger.

There are, of course, oodles of Watch chargers out there, but the one I want is very specific: I want the induction coil charging puck with a lightning port built into the side, and the whole thing to be about the size of a 3 or 4 stacked quarters.

I just want a little circle that takes a USB-C → Lightning cable and turns it into a USB-C → Apple Watch Charger.

So since nothing like this exists, I decided to make one.

I’m not really a “hardware” person. I can cut and strip wires, crimp Ethernet cables, and maybe solder the odd thing, but that’s the extent of my hardware engineering skills. So while I could maybe take an existing Apple Watch charging cable and somehow cut it up and rewire the thing to make it into what I want, that would definitely be an uphill battle for me.

Fortunately, an accessory exists that has all the parts I need, just in the wrong form factor. It is the Apple Watch Magnetic Charging Dock: 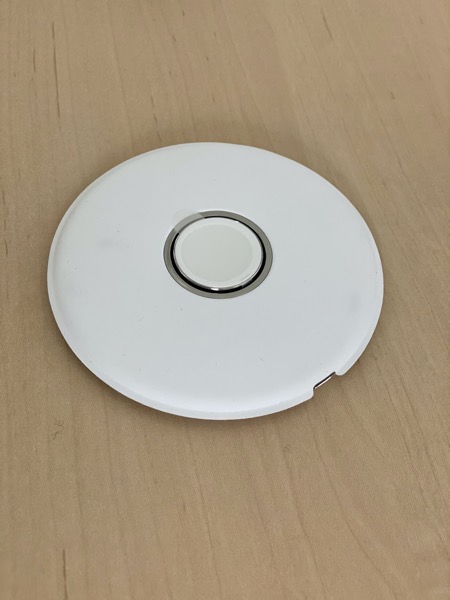 With quite a bit of work, you can take it apart. The outer layer is a rubberized plastic that peels off, after which you encounter a fabric-like layer that’s glued to the inner plastic sheath. 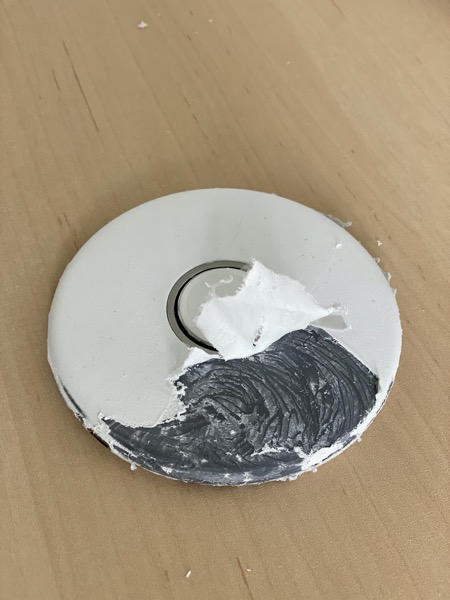 A bit more surgery (and cutting away some plastic) reveals the housing for the charger’s frame: 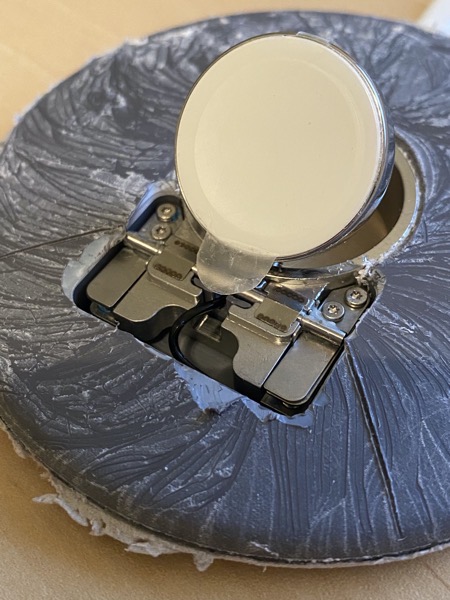 At this point, I got stuck for a while, until I realized there was a very faint seam along the outside “equator” of the plastic, which joined the top half to the bottom half. Some carefully applied leverage split it apart: 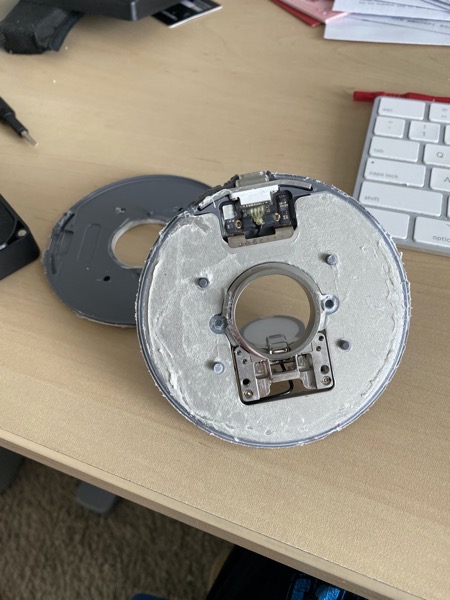 The top half quickly followed, revealing the true innards of the dock: a metal plate for heft, the frame for the charger, the circuitry for the lightning port, and a thin wire connecting the two. 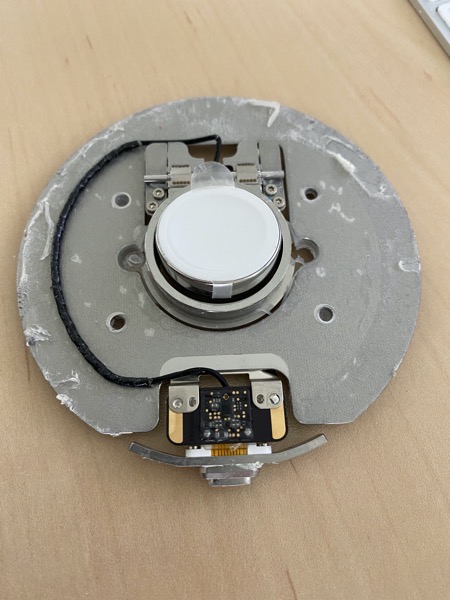 It turns out the wire is just the right length to wrap around the circumference of the puck once and leave the lightning port circuitry next to the hinge: 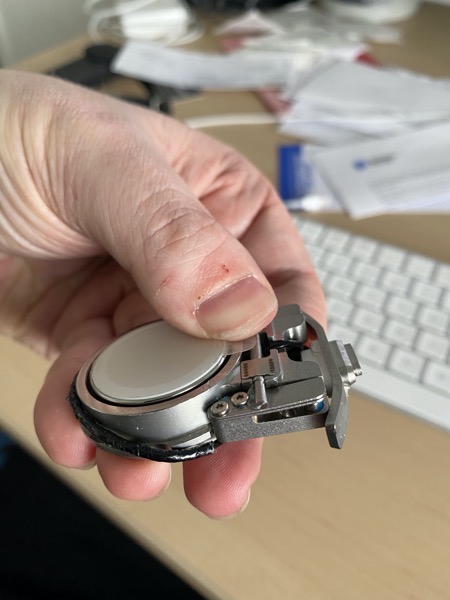 I lashed it all together with copious amounts of electrical tape: 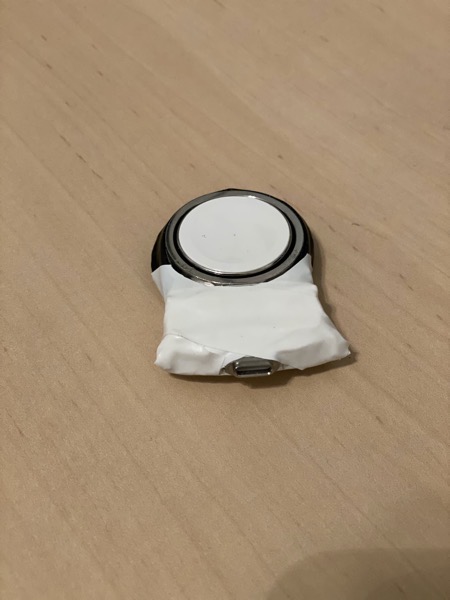 And finally, I plugged in a lightning cable and tested that it still worked. It did! 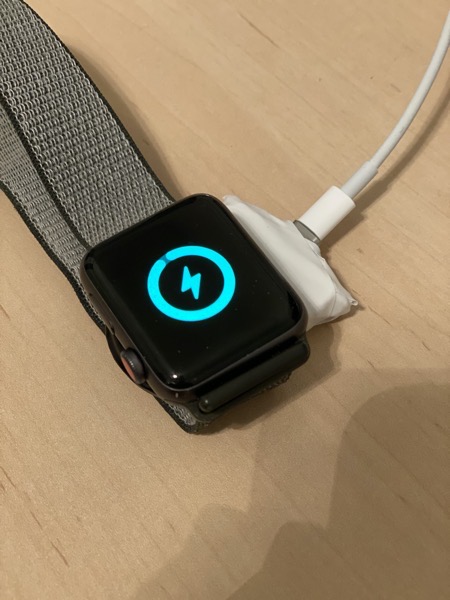 My hack isn’t perfect. I did this work in early March. Now, a bit over three months later, the electrical table is starting to lose some of its grip. I’ll probably need to replace a piece or two soon.

It’s also still a little bit bigger than I think it should be. I’ve got a lot of extraneous hardware in there; I don’t need a hinged charging puck, but that’s how the Magnetic Charging Dock is built.

But this is attempt has resulted in something almost ideal, and that it’s good enough for now.